If you ask me now why I sent that message to her that night, I’ll have no answer for you. Instead, with teary eyes I’ll let you see into the abyss of my own confusion, into which I had relentlessly dug throughout my relationship with Hannah, and now I was in it. Deep down you’d see me seated at the base, limbs huddled and head sunk. I was finished.

Her father was former Boxing pro, and a cold menacing presence. He paced up and down, time and again stopping opposite me. Each time he did this my knees would wobble and thighs merged, lest I let out water from a jab that now seemed imminent. It never came, instead he would look up, stroke his beard and head in the direction his belly faced.

I was the only one seemingly rooted to one spot, Vincent had a problem settling at one spot, Angela too, everyone was everywhere except me. I understood though, this wasn’t the theatre we were used to. No it was nothing close to propping, there were no casts here, and worse still I had not provided the script. It was a theatre of life, God the owner of script and I the Judas of His script. Everyone moved about the stage, left to right, right to left. I stood rooted to the spot, my role in the script I suppose. Opposite me was the door that even had the word ‘Theatre’ at its top. My role in this play had finally moved Hannah from our Theatre stage back in campus to a hospital Theatre. Only I knew how this started, and only God knew how it would end. 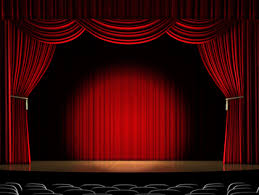 That was the last text message I sent Hannah. You do not take advantage of my loyalty.

She was part of the Talanta Arts Theatre group, and what a heavenly presence she brought to the stage. Hannah was beautiful, both in stage persona and in actual life-The Hannah that I was secretly learning to love. However much I experimented with letting her play evil characters in the plays I scripted for Talanta, she always overcame the role, executed it to perfection, and I fell more and more in love. At one point I ordered her to take up the role of a maid, a palace maid, a less noble part in ‘Homecoming’ – a play that featured dozens of princes and princesses. It was on this night that I let her know how secretly I yearned for her love. Talanta Group’s first and only rule was a no to inbreeding. No romance among the group members. Vincent and Tina though were an exception, they had joined the group already a couple, and in scripting my plays I strived hard enough to make them play couple.

So Hannah was my girlfriend, a secret girlfriend. No one had to know. As the Editor of the group I had opted to stay out of the stage, and only spend my time writing skits and plays, and finally directing them on the stage during practice.

She had a charm this woman, the first and only one of my girlfriends to ever see my tears. To her I had a softer spot, I could let loose of all my feelings. After the weary practice sessions, it is on her lap that I would lay my head, and we would talk about everything. The last time I laid my head on her lap I remember telling her that one day I’d act myself, I would create Romeo-Juliet piece and let us die at the end. She laughed, and told me off. I was a pathetic actor, the sole reason I hid behind the scripting curtains. Only she knew this, and she knew I was an excellent scripter.

When Angela failed to show up for practice that evening, Hannah had to stand in for her, she could do this because her role was way up front, and this was just scene one. She had to be Vincent’s mistress on this evening.

I fumed that night. I boiled to the hottest of temperatures. When she looked at me at the end of practice I knew she knew. Here was a lady I could talk to by simply looking at. After prayers I pretended to stay back ‘editing’ the script just so I could be alone. Hannah left with the rest.

‘’Weren’t you the one who wrote the play Desmond?’’

A text message from her later in the night read. I had not passed by her room as tradition dictated- at least for the few weeks we’d dated.

‘’The fuss is all about my girlfriend kissing another man’’

‘’Are you even serious? That’s called a peck, helloo?’’

I almost snapped at that moment. Was she trying to justify the act?

‘’Tell me you’re not justifying the act’’

‘’I’m not. You wrote the play, Angela failed to show up. YOU asked me to play her role with Vincent. And as far as I’m concerned, you are a perfectionist, you expect your plays to be executed without hitches’’

The colossus of a person that was Hannah’s father stopped-for the hundredth time- in my front. Hannah was in the Medical Theatre room, undergoing operation. She had not eaten for a while, thus her intestines had intertwined- not to mention the stress that she allegedly was undergoing. Everyone from Talanta was here, and together with Hannah’s dad made for a compelling tale of impatience, prayer and hope. I was the only one rooted to one spot. I was the only one who knew the direction whence the rain had come from.

Vincent, stopped pacing up, Angela too stopped, everyone stopped. But this question Hannah’s dad had asked confused everyone but me.

I will never forget Vincent’s face at this point. Between mumbles he looked at the old man and said he was.

’’I was her boyfriend during the last play we acted’’

‘’I mean her real boyfriend.’’

‘’I’m afraid Sir, Hannah has no boyfriend among us nor in school. We believe she is single’’

Vincent was relieved as he said these words, but I was twice as relieved.

One nurse opened the theatre door and everyone almost knocked her down in an attempt to get the news first. Instead she requests that Hannah only wants to speak to Desmond. Everyone is in shock, why me, When they’d all been members, united only by the stage and the urge to dramatize.

Hannah is not Hannah. She is pale now. I haven’t seen her for a week, and this week has evidently stolen away my Princess. I sink her left hand into mine. She looks weak on the outside, and I on the inside.

I finally hear her say, with a smile.

Her hand is warm I will never feel my lukewarm tears.

True Picture of a Life of a Single Father in Campus

Campus Ladies, Here is Why Most of You Will Never Get a Husband

ABOUT US
Magazine Reel provides you with the latest breaking news, information, audio and videos straight from Campus. They include but not limited to; politics, news & information, education, entertainment, music, fashion, events, relationships among many others.
Contact us: info@magazinereel.com
FOLLOW US
© Copyright 2019 - Magazine Reel. All Rights Reserved. Designed by Strategic Technologies
MORE STORIES

Raphael Tuju’s Health in Hospital According to Doctors