The first ( and only time I saw them with such an immense turnout ) was just a couple of days after I moved in here. I want to assume that they too, as a social species had decided to hold their A.G.M at that time of the year, and that my tiny room ( out of all other considerably big and wafted neighbors’ ) was selected for this exercise.

This must have been too serious a rally, I could tell. The manner in which the leader ( I could tell this as the rodent was the only one standing on my ampex sub-woofer and others literally looked up to him) clenched his fists and jabbed the air several times only made for the following antiphony in my head as I lay on my bed later on.

‘’ For weeks we have suffered under the new occupant!! ‘’

( they shake their heads dejected )

I must have interrupted all affairs at this point because upon pushing the door open all rats broke loose ( forget hell my friend ) scampering for safety. With my 3 by 3 I still wonder where they supposedly run to during such times. My neighbor says she only has spotted, sorry, crammed three of whom she says fancy the idea of making a run from point A to B just when she is hosting ‘important guests’. She claims one has a beard. I agree. I must haves spotted the rodent on top of my woofer shouting slogans, or what is that sound made by rats again? And then there is that one that never makes a run when chanced upon devouring what’s not his. He is usually full by this time so running is never an option, bosses my floor with a slow and unsteady walk, occasionally throwing a glance behind to see if he is being pursued. I’ve protested as to not having seen any during one of my visits to her place to which she calmly responded that how the rats decide who is a visitor and who is not is still beyond her. Now am not the type to spend money on poisoning rats, no that’s inhumane, sorry, inratane.

You must have heard the rats complain about being poisoned. That’s not me I swear, and that’s not my worry at the present but how they did confuse me for my roommate who rarely spends time in the room. I mean the guy is the shortest you’ll ever find in any campus but fortunately for him, he is the only one I presume, who knows how to keep the rodents at bay. He is simply genius on matters poisoning. On a normal poisoning day he will make an arrival, prepare food, eat it all, sleep and snore then finally unconsciously cut short the supply of fresh air. Genius I said. No rat in sight for the next couple of days as they will need these to seek an antidote for the noxious gases inhaled. Our poorly ventilated room suffices pretty much very well for such an exercise. The only problem with this is that it ends up keeping everyone at bay, visitors, the landlord and even myself. Matter of fact I was recently forced to have a nap outside under the mango tree. I had arrived, sweating from a rather rushed uphill climb from school, hunger problems friend. A push on the door is all I needed to get the stubborn hint. A wave comprising a concoction of gases hit and pushed me back and almost locked the door itself. Now on such occasions you simply let a brother rest in peace, quite literally, lest you find yourself in the sanatorium with gas-related complications. 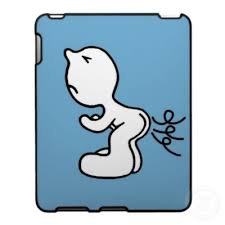 The relationship however isn’t all that strained as my roommate makes it look. We have this symbiotic relationship with the rodents. You mind them when measuring out your day’s proportion for supper and they entertain you at night, with their night Olympics of course. Such a rare relationship I tell you. They also don’t mind you leaving a slice or two of sunblest behind. These are not just taken into hiding with them, they are buttered too, by the rats. Olympics, talking of which my neighbor on the farthest end of the estate has reported spotting a rat doing push-ups when he woke up in the morning one day. He recounts, having turned slowly to one end of the bed and was almost stepping out, he heard a panting he had never heard before. What he saw would astonish even you. Picture a tiny padlock-sized rat doing press-ups on top of your sky-plast super drum being the first thing you see in the morning. Strange isn’t it? Well, not here. We have seen a hundred meter dashes, relays using your matchsticks and even javelin throws using your spoons. Ratalympics friend.

They had their revenge though, to my roommate. Having persistently ‘poisoned’ the rodents for long, they finally had their go. My good friend attends Bible Study groups in school. These they host in different rooms depending on whose turn it is to welcome guests. He joined it is first year, you know, back then when inviting guests to your room just when roommates were seated for supper was still considered an affront to decency. He now was living outside school and as such, his guests had to make it early in order to avoid the unpredictable Njokerio rain. Rarely do we cook more than three different dishes at the same time, but with the Holy spiritually filled guests coming, we had to make an impression. So two junior bachelors endeavored on a journey of labored cooking, and honestly after such straining, it is all up to the rodents if they still think my neighbor cooks better than I do. The guests soon enough arrived.

A ‘’The Grace’’ here and there, a ‘’Lamentation’’ here and there and finally after everyone had their fill of spiritual food, a prayer that would go a long way in blessing ‘’the food before us’’ and also ‘’ guiding the visitors back to school’’ was said. It must have been during this prayer that stuff happened, I cannot exactly say how, but they did happen.

I made for the stew sufuria and it is the sight of a rodent doing a backstroke that greeted me. Initially struck me as to why my roommate decided to cut large chunks of meat and yet we had plenty of visitors. It was a rat, a backstroking rat that had somehow found himself floating in the stew after what I suspect was a record-breaking pole vault show. ‘’Omera, wan gi welo ka’’ ( You guy, we have visitors here ), I whispered. ‘’ Ang’eyo ni wan gi welo, ang’o?’’ (I’m aware we have visitors, what now?) His was a priceless expression when I pointed to the sufuria.   Trust me you don’t want to find out what happened next, or do you?

Have a promulgated exam time, won’t you?

MKU ahead of Egerton, TUK, Maseno and MMUST in List of Kenyan Universities That will Easily Earn you a Job after Graduation

ABOUT US
Magazine Reel provides you with the latest breaking news, information, audio and videos straight from Campus. They include but not limited to; politics, news & information, education, entertainment, music, fashion, events, relationships among many others.
Contact us: info@magazinereel.com
FOLLOW US
© Copyright 2020 - Magazine Reel. All Rights Reserved. Designed by Strategic Technologies.
MORE STORIES

Here is How to Win Shs15K in any Betting Site Today